WIT's Sports Development Officer Colm Bonnar had another triumph over the weekend with the Carlow senior hurlers. The team were crowned Division 2A champions after beating Westmeath by seven points. The victory will be one to remember for Carlow GAA as the county hurlers secured a promotion to Division 1B. The 2.19 to 2.12 win means the team will now take on the likes of Galway and Waterford in next seasons league.

It has been a successful two years for Bonnar since taking over, having delivered the Christy Ring Championship in 2017. The two time Tipperary All Ireland winner who captained WIT to Fitzgibbon Cup glory has also managed the WIT hurlers to 5 Fitzgibbon Cup titles. His backroom team also consists of WIT staff members Alan Malone (strength & conditioning coach) and Conor Phelan (hurling coach). 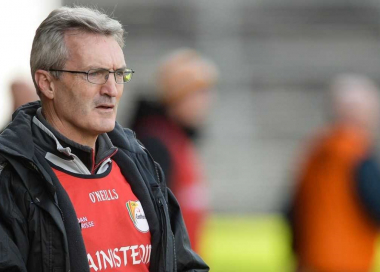