World Children’s Day: a reflection on 30 years of the UN Convention on the Rights of the Child

On World Children's Day Danielle Douglas, WIT lecturer, President of the International Foster Care Organisation comments on 30th anniversary of the adoption of the UN Convention on the Rights of the Child

Today is World Children's Day and this week Danielle Douglas, Waterford Institute of Technology (WIT) Lecturer in Applied Arts was re-elected for a second term as President of the International Foster Care Organisation.

IFCO’s Board of Directors is truly international as its 11 members represent nine different countries. Danielle stated she looks forward to continuing to implement IFCO’s vision of supporting children and young people in care by promoting better quality foster and kinship care.

To that end, Danielle joins with everyone around the world to wish all children a happy World Children’s Day. “Today is especially significant as we celebrate the 30th anniversary of the adoption of the UN Convention on the Rights of the Child.”

“This momentous Convention has contributed enormously to the wellbeing of children across the world,” Douglas says.

“We also have not honoured children who need care as a result of family crisis where it is estimated that approximately 2.76 million children are in residential care around the world. Furthermore, according to Nicole Petrowski and colleagues as of 2017, it is also estimated that there are 1.6 million children in foster care (although there is insufficient information for four of the eight regions in the world to provide complete figures). No region in the world can fully provide basic information on the number of children in these two forms of care. This lack of information is a challenge for all who want to improve care for children and prohibits progress in meeting children’s fundamental right to appropriate care.

“IFCO calls on governments across the world to fully meet their commitments to the rights of children so that they can grow up within a family, which according to the UNCRC is “the fundamental group of society and the natural environment for the growth and well-being of all its members, particularly children, and should be afforded the necessary protection and assistance so that it can fully assume its responsibilities within the community”. Where families of origin are unable to provide necessary care for children, IFCO believes that foster and kinship care provide the best alternative for the wellbeing of children.”

Vision for a better society

Douglas concludes, “On this special day IFCO salutes the strides children and young people have made globally in getting their voices heard in recent years, a key principle of the UNCRC. The example and leadership of Greta Thunberg on the climate crisis, the young founders of the March for Our Lives organisation in the United States which advocates for gun control, and 12 year old aboriginal child Dujuan from Australia who recently addressed the UN Human Rights Council calling for an increase in the age of criminal responsibility, demonstrate the power of youth to do good in the face of enormous adversity. We owe it to our children and young people to support their vision for a better society by listening to them, learning from them and working alongside them to improve not only their lives but the lives of all of us.” 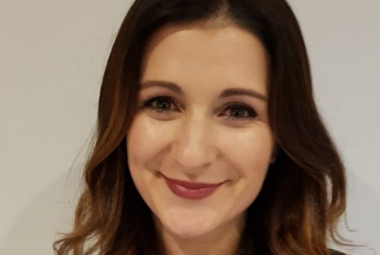