You never know where you will end up, says Australia-based graduate Damian

Here, he reflects on his life since graduating.

My time at WIT was enjoyable, engaging and challenging. It was a course packed with assignments / late nights and the occasional post-assignment celebration in the city – followed by take away at the Istanbul takeaway.

After graduation, I worked in Dublin and Limerick on everything from an Architectural competition for Trinity College (we won), to residential developments - before taking off for 12 months backpacking.

I settled in Sydney, Australia and started working at a mid-size Architecture firm, on community libraries, gyms, aquatic centres, etc. I then made the move to working as a Design Manager (project managing large teams of Designers) on major infrastructure projects. I recently set-up my own consultancy, assisting large contractors on winning government contracts and delivering them on time/budget. I also give industry guidance to investment funds, who are seeking insights into the major projects industry in Australia. My latest project was a $16 billion road tunnel and motorway upgrade in Melbourne, while studying part-time for my MBA.

You may not know where the road will take you, but the ethic that I learned in WIT has given me opportunities time and time again. I am grateful to the staff and fellow students who guided ourselves through some tight deadlines, with a late night and a few laughs. 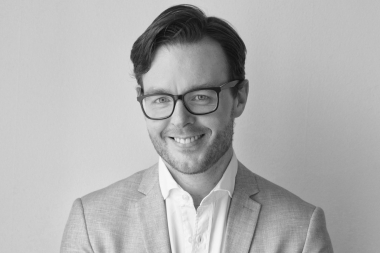 You may not know where the road will take you, but the ethic that I learned in WIT has given me opportunities time and time again, says Damian