Tell me about yourself
Hi, my name is Graham Stallard, I’m 28, hobbies and interests are nothing out of the ordinary few drinks at the weekend and I like to chill on the PlayStation when not tormenting my better half.

Outside of that my biggest change of the last few years was going into third level education as a mature student (24) I know you’re probably thinking 24 is hardly mature but trust me when your class consists of 17-18 year old’s I may as well have been 40. This age discrepancy can be very off-putting for matures since they feel they might be essentially alone in very new surroundings. Thankfully the class was very friendly and age was never an issue.

Did you find it challenging?
At the very start yes, the biggest shock of my four years was in the first week or so mixing with the age difference as I just mentioned and most notably hearing how prepared everyone was coming from very strong leaving cert result backgrounds. Thankfully it was only after that first week or so that I realised it was everyone’s first time in college regardless of educational background everyone was in the deep end.

Obviously, people who do well at leaving cert in certain subjects transitioned well into their third level equivalent, where it took me a bit longer to adjust to the new curriculum. Having said that I was surprised at how prepared my plc courses made me for the more hands-on technical modules so all in all, I feel that different life, work or educational experiences help balance everything out.

Why did you decide to study as a mature student?
I think a lot of matures feel their age is maybe a negative when deciding to return to study but I believe in many ways it’s probably one of your strongest assets. Like how you interact which lectures. Students fresh out of school still see them as the authority that must be feared but in my experience, I saw them as we were both adults and they were just helping me learn something.

This level of thinking made it very easy for me to approach them for feedback on work and to put any worries or queries I had to rest. Having been out in the real world it became apparent very quickly that if you wanted a job you looked forward to starting every day you needed that piece of paper to open the door for you. Initially, I sought after the quick fix approach doing a few plc courses such as Multimedia in WCFE and a CompTIA technician course which were both a year each. I didn’t want to commit to 3-4 years as I was getting older.It was only after finishing my plc courses and looking up jobs that it hit home, any job I was interested in wanted a degree in this or that.

That’s when I decided this had to be done and if it doesn’t work out least I gave it ago. Thankfully it was one of the best decisions I ever made and it was definitely the missing piece to my career puzzle.

Interviewed by Susie Brennan at Conferring 2018 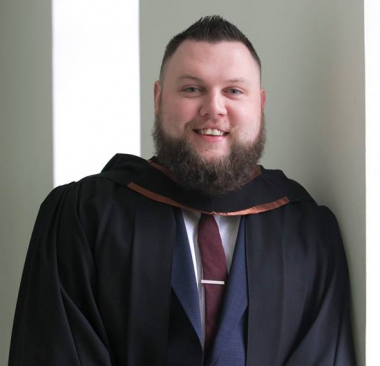 "Being a mature student made me see what I wanted so I could work better at it."