Hosted by lecturer Rob O’Connor, the podcast dives into what’s involved in research, highlighting some of the work being carried out by researchers in WIT

Professor Niamh Murphy recently co-authored a paper which was published in The Lancet, one of the highest-impact research journals in the field of health and medicine.

“An evidence-based assessment of the impact of the Olympic Games on population levels of physical activity” was concerned with the legacy of large-scale sporting events on the health and fitness of the general public.

Niamh tells her own research story, from studying as an undergraduate in Limerick, to postgraduate work in Queens University, followed by a stint in UCC and then WIT. A theme of promoting physical activity has been constant throughout all her research.

Find out more about Niamh's work via her WIT profile. You can view the full text of The Lancet paper. Follow 9Plus on Twitter.

Check out the latest episode from 9plus below: 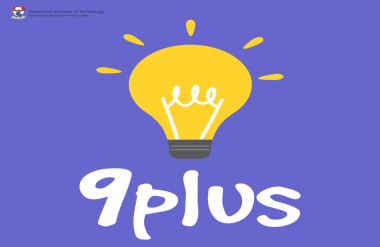