To celebrate WIT's 50th anniversary, physics staff in the Institute launched Filmphys, a video competition for 4th and 5th year students across the South East

An innovative video competition for secondary school students has helped shine a light on physics.

As part of Waterford Institute of Technology’s 50th anniversary celebrations, physics staff at WIT launched FilmPhys: a physics video competition open to students in either transition year or 5th year.

The response to the competition from schools in the south east was very positive and over 30 entries were received and following deliberation three videos were selected by judges for prizes.

Dr Claire Keary, programme leader on the BSc (Hons) in Physics for Modern Technology at WIT, and one of the judging panel, commented that the “standard of entries was very high and the quality of the prize winners was outstanding”.

The winner of the overall competition is Aisling O'Brien, a transition year student from St Mary's Secondary School, New Ross, Co Wexford. Aisling's video is titled "The Doppler Effect". The Doppler effect is observed as a change in pitch whenever a source of sound travels relative to the observer. In her video, Aisling used her father driving along the road sounding the car horn to ably demonstrate the effect. The judges were impressed with the video's "fantastic graphics, excellent demonstration of the Doppler Effect and great presentation." On being informed of her win, Aisling said that she was "absolutely delighted to have won the competition". She will receive a cash prize of €250 and a certificate of achievement.

The Creativity Award is a special prize awarded to the entry displaying the most creative approach to their chosen topic. The winner of the Creativity Award is Bianca Gouws, a transition year student at Presentation Secondary School, Clonmel, Co Tipperary. Her video, which is called "Quantum Cat", is an animation that takes a sideways look at the bizarre world of Quantum Mechanics. The judges praised the video for the animation, the inventiveness of the presentation and the novelty of the topic; all delivered with an understated humour. Bianca will receive €100 along with a certificate of achievement.

The runner-up prize goes to Liam Kelly, a 5th year student at Waterpark College, Waterford City. In his video, Liam looked at the interplay between different types of energy using a mousetrap car which he created using a 3D printer. The judges lauded Liam's video for "the quality of the presentation, the clarity of the explanation and the care with which the video was put together". Liam receives a cash prize of €150 and a certificate of achievement. 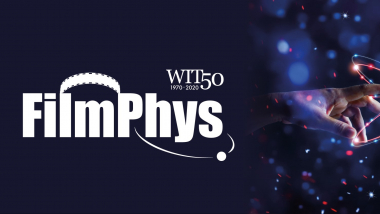