While studying to pursue a career in health promotion, David was able to contribute to the WIT community by setting up the WIT Mature Students Society

Mature student David Conway, a graduate of BA (Hons) in Social Science, aims to progress further with his studies and develop a stronger skill set in the area of health promotion.

David currently works in the area of health promotion as a community worker with the Mooncoin Parish Drug Awareness Programme and is an active member on the council of the Irish Bishops Drugs Initiative (IBDI).

A journey with purpose

His academic journey in the area of health promotion started with a Higher Diploma in SPHE and Addiction studies and progressed on to the BA (Hons) in Social Science course. Regarding the Social Science degree: David said “this course will benefit my skill set as a health promoter.”

David’s journey through academia and accumulation of skills doesn’t stop here. His great college experience at WIT and his keen interest in the area of health promotion has given him something more to set his sights on.

“I’m going to do a Masters in Health Promotion and Facilitation to enhance my skills and broaden my career opportunities in the future,” David says.

Contributing to the community

In addition to expanding his knowledge and skill set, David engaged in other areas of interest while studying at WIT. As a mature student, David wanted to contribute in a way that could help support other mature students at WIT. To do this David set up the ‘WIT Mature Students Society’.

“When you come in here first as a mature student it can be daunting, but with help and support it can be an enriching experience. WIT is more than an institute of technology, it’s a community” David says.

Through actively engaging with such extra-curricular activities David was awarded the Clubs & Societies personality of the year award. 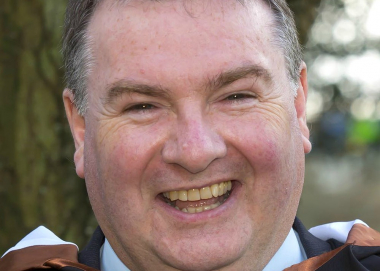