Music, Design, Architecture and Theatre Studies students at WIT are cutting their teeth in the world of theatre with a WIT/Garter Lane co-production of Mount Prospect by Una Troy.

Mount Prospect reveals the character of a destructive widow who uses her husband’s will to advance her own son over two children from his first marriage.

This is the first production in eight decades of the play which premiered at the Abbey Theatre in 1940 and is adapted from the novel of the same name.

A savage critique of class prejudice and the position of unmarried women in 1930’s Ireland, Mount Prospect will be directed by Arts Council Theatre Artist in Residence at Garter Lane, Jim Nolan, with Set, Sound and Graphic Design from students of the School of Humanities and Department of Architecture at WIT.

Student involvement include designs for set, sound and graphic design, which has been used for Mount Prospect's poster, flyer and online presence. Three of the cast are also WIT students and graduates; Megan Kelly and Laura Broderick are graduates of the Theatre Studies course (Bachelor of Arts (Hons)) and Alan Fitzgerald is a first year WIT Bachelor of Architecture (Hons) student.

Joy Rooney, Lecturer and Researcher in Design, WIT explains that the BA (Hons) Design (Visual Communication) said that the Garter Lane theatre production team has enriched the learning experience available to students. “Our Year 1 students developed design proposals to promote the production as part of a design competition, with the winner - Rosie Devaney-Kerslake – developing designs towards online and offline promotions as part of a related design internship.”

Maire Henry, Head of the Department of Architecture stated: "The Department of Architecture cherishes the creative collaboration it enjoys with Garter Lane Arts Centre which is demonstrated through regular joint ventures and mutual support, including our bi-annual student competition to design a stage set for one of Garter Lane’s theatre productions. Architecture and theatre are two of the cornerstones of contemporary culture and we are proud to be part of this endeavour.”

According to Lecturer in Music Technology Mark Graham the WIT/Garter Lane collaboration has provided invaluable experience to BA (Hons) in Music students since its inception in 2014. “It affords students the opportunity to create sound designs for theatre in the most practical way possible, with industry mentoring and the opportunity for their work to be heard and used in a professional theatre production,” he said.

“BA (Hons) in Music graduates have gone on to work with sound in theatre, television and film. That employment can be traced back to the experience gained from working on these projects with Garter Lane and playwright Jim Nolan,” he added.

Waterford Music student Emmelle Wadding describes the collaboration on Mount Prospect as one of the highlights of her degree. “The collaboration married the analytical aspects of academic work with necessary real world skills of working in the theatre, gaining a well-rounded understanding of what will be required for future possible job opportunities in the field,” she said.

Una Troy is also one of the subjects of a current research project entitled Performing the Region: Performing Women which focuses on how women playwrights in Ireland throughout the twentieth century articulated women’s lived experience and experimented with theatrical form.

Following its previous and highly acclaimed collaborations on Blackwater Angel by Jim Nolan (2014) and Wife to James Whelan by Teresa Deevy (2016), Garter Lane Arts Centre and WIT return to the stage in November with the first production in eight decades of Mount Prospect by Una Troy.

Premiered at the Abbey Theatre in 1940 and adapted from the novel of the same name, Mount Prospect reveals the character of a destructive widow who uses her husband’s will to advance her own son over two children from his first marriage. A savage critique of class prejudice and the position of unmarried women in 1930’s Ireland, Mount Prospect will be directed by Arts Council Theatre Artist in Residence at Garter Lane, Jim Nolan, with Set, Sound and Graphic Design from students of the School of Humanities at WIT.

Una Troy was born in 1910 in Fermoy, Co Cork. She began her writing career under the name of Elizabeth Connor, and her novels from this period are Mount Prospect (1936) which was banned in Ireland; and Dead Star’s Light (Methuen, 1938). In 1940 she adapted Mount Prospect for the stage, winning the Shaw Prize from the Abbey Theatre, Dublin, where it was successfully produced. She continued to write for the Abbey Theatre, producing three more plays: Swans and Geese (1941), Apple A Day (1942), and Dark Road (194. Her novel We Are Seven was adapted as the film She Didn’t Say No and premiered in 1958. The film, with Waterford’s Anna Manahan in the leading role was England’s official entry in the Brussels World Film Festival and was banned in Ireland. Beginning in the mid-fifties she published all her work as Una Troy, producing fifteen novels, published in both London and America.

Although born in Fermoy, Una Troy has strong Waterford connections. The family summered for many years in Bonmahon, where Una met Dr. Joseph C. Walsh whom she married in 1931. Following Dr. Walsh’s death in 1969, Una moved to the summer home in Bonmahon, living there until her death in 1993. 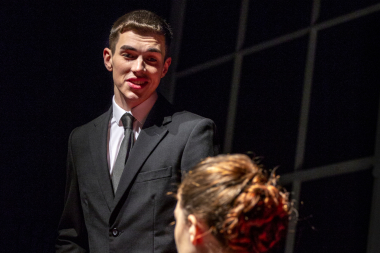