In early April, Jim Clarke (TSSG) was in Rio de Janeiro participating in a Brazil-Ireland research mission. On the next stage of his journey, he travelled to Brasília, the federal capital of Brazil and seat of government of the Federal District, to take part in the final review of the H2020 EUBrasilCloudFORUM project (Monday, 16th April, 2018), whose main purpose was to enable the EU and Brazil to formulate and develop a common strategy and approach for Research & Innovation in Cloud Computing, including security aspects, in line with the priorities of each region. The review was carried out by the European Commission and the responsible Brazil Government agencies, Rede Nacional de Ensino e Pesquisas (RNP) in the CTIC department and Brazilian Ministry of Science, Technology, Innovation and Communications (MCTI), and three external evaluators from Brazil and the EU.

The project team presented their work over the last two years in facilitating the two technology and policy dialogue meetings between the EU and Brazil on joint research and innovation activities that should be funded in future calls in relation to cloud computing, including security aspects. The meetings took place in Brussels in November, 2016 and in Brasília in December, 2017, with the full support of EUBrasilCloudFORUM. In the review, the project presented the EUBrasilCloudFORUM Research Roadmap, a report that analyses and identifies the gaps and research opportunities related to cloud computing and security, and also to propose future research topics for the EU-Brazil (EU-BR) collaboration in related areas. These research opportunities and topics were the result of internal discussions and public events organized by the project, and included contributions from distinguished experts contributing as Working Groups and an Advisory Board to the project. 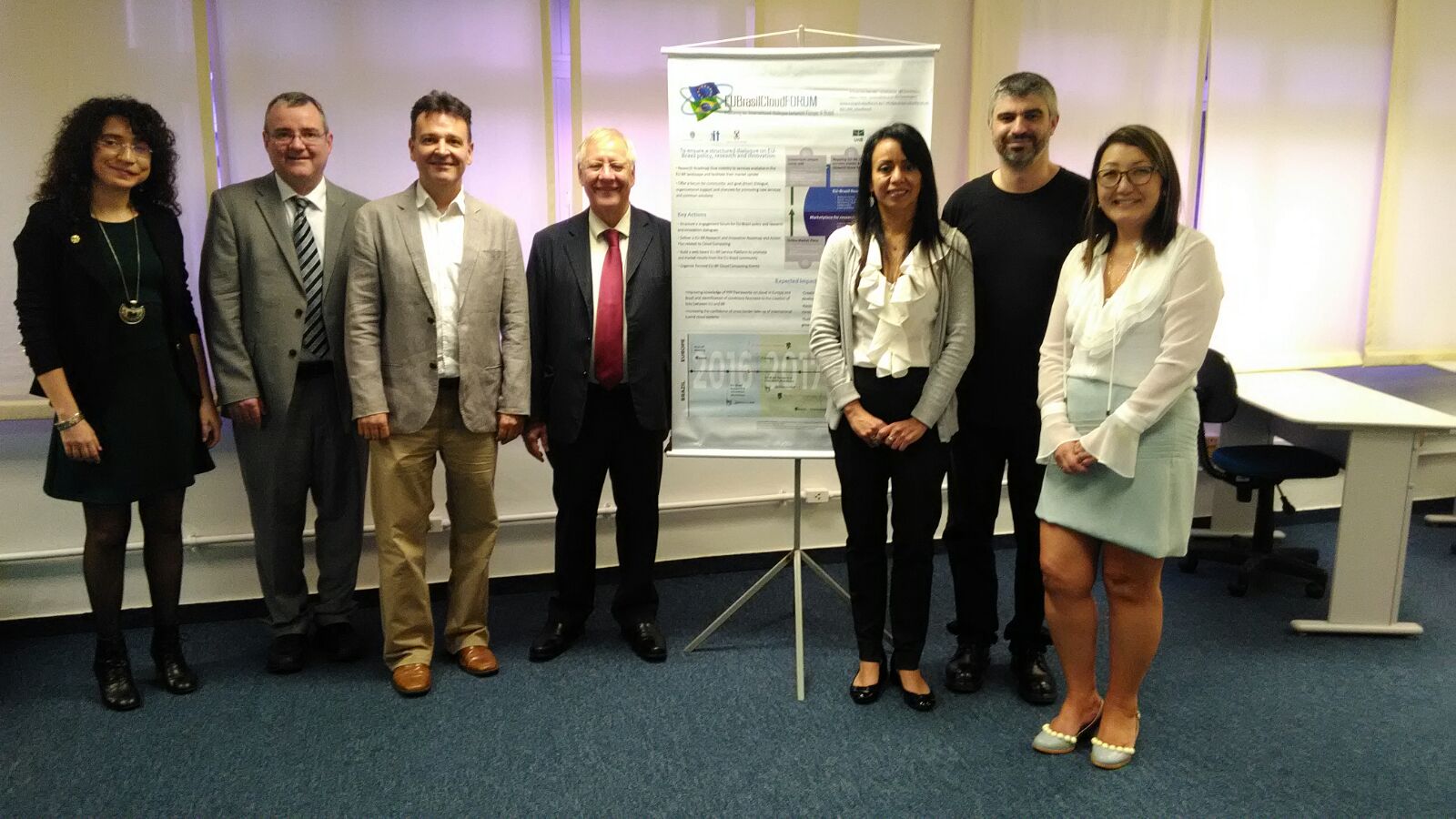 The project presented their large scale events, Workshop on Cloud Networks (WCN) and Cloudscape Brazil 2017 held in São Paulo in July, 2017 within the large scale annual Conference of the Brazilian Computing Society (CSBC). At WCN, in addition to having dedicated EU-BR collaborative sessions on topics for cooperation, the project successfully proposed for the setting up of a Special Interest Group (SIG) on Cloud Computing within the Brazilian Computing Society (SBC) populated by European and Brazilian academic experts for structuring the evolution of the area within the research community in Brazil for the upcoming years. The proposal for the SIG in Cloud Computing was accepted wholeheartedly by the SBC.

The project also presented their Marketplace tool that is promoting business partnerships between innovative SMEs from Europe and Brazil, and showcasing tools for easier cloud adoption underpinned by successful transatlantic collaboration. The reviewers accepted an extension until the end of July, 2018, in order to enable EUBrasilCloudFORUM to run a concertation meeting of the newly starting Call 3 EU-BR projects and to support another version of WCN and Cloudscape Brazil 2018 being held in July in the northern region of Natal in Brazil. The outcome of the final review was very positive with the funding agencies and reviewers repeatedly thanking the project team for their contributions and excellent work in promoting and defining themes and topics for future EU – BR cooperation.