James Clarke of the TSSG of Waterford Institute of Technology attended the Brazil Ireland Research Event in Rio de Janeiro on 12 – 13th April, 2018

The event was co-sponsored by the Higher Education Authority, Irish Universities Association, Irish Research Council, Technological Higher Education Association and Department of Foreign Affairs and Trade. This event was a follow-up event to the successful 1st Brazil-Ireland Research Week event hosted at Dublin Castle in 2015, organised by the Research Brazil Ireland (RBI) programme (funded by Science Foundation Ireland under the International Strategic Cooperation Award – SFI ISCA) in which WIT were a core partner.

The timing of this event is very important as the Brazilian agency Coordination of Improvement of Higher Education Personnel (CAPES) has launched the CAPES / PrInt programme, which will provide Brazil Reals R$300 million annually to support institutional projects for internationalisation. CAPES / Print will focus mainly on the internationalisation of Brazilian postgraduate programmes through partnerships with higher education institutions (HEIs) in a range of priority countries listed by the agency, of which Ireland is one. There is also a strong wish from the Brazilian authorities, articulated by Secretary Alvaro Prata, Ministry for Science and Technology, during his visit to Ireland in October, 2017, to learn from Ireland's experience in building higher education - industry engagement.

Waterford Institute of Technology has built a strong relationship with Brazil in the field of research and innovation in a number of different areas of ICT, including Internet of Things, cloud computing and cybersecurity. This relationship has built up over nearly a decade with involvement in the EU’s Framework Programme 7 (FP7) BIC project that ran from 2011 to 2013, in which James Clarke of WIT was the coordinator, SFI’s Research Brazil Ireland (RBI) programme and with the awarding of an EU-Brazil Horizon 2020 project entitled EUBrasilCloudFORUM, which will be described in more detail later.

Moreover, WIT has also been very successful with Brazil in building partnerships in International Education over the past 10 years. As an Institute, WIT has developed and put in place several collaborative education arrangements with leading Brazilian Universities and HEI's involving student and staff exchange, study abroad and research. Over the years, WIT welcomed large numbers of Brazilian students through the Science without Borders programme, and usually found itself in a high position for attracting students in respect to the other HEIs, and is committed to furthering future collaboration with its Brazilian partners in the field of higher education and joint research and innovation.

A number of significant messages from the keynote speakers, including the Irish Ambassador to Brazil, Brian Glynn, was that Ireland’s An Taoiseach’s priority is to greatly increase Ireland’s international presence, Ireland has built a very successful relationship with Brazil under the Science without Borders programme, a new internationalisation education strategy is being rolled out in Brazil and Ireland is one of 25 priority countries highlighted, the level of future partnerships will largely be at the graduate studies level i.e. more research focussed, there is a strong level of support for Ireland within CAPES, which has a current open call as highlighted above enable projects based mobility between Brazil and EU countries, including Ireland, this event should help position the Irish higher education sector as one with a very strong strategic focus on research  – a sector that speaks English - the language of choice of Brazilian international co-operation, and it was timely as it coincided with the 2018 FAUBAI conference that is being supported by supported by Education in Ireland.

The outcomes of the event included advancement of existing research collaborations and establish new projects of co-operation in line with the objectives of the Government’s International Education Strategy and the forthcoming Irish Research Council International Strategy, there was a demonstrated strengthening of the already established research alliance with Brazil as a priority country and the largest economy in Latin America, information was showcased on the research funding landscape in Brazil and Ireland/EU, the Irish HEIs were able to position themselves as partners of Brazilian Universities applying for targeted supports from the Brazilian Government under its new internationalisation programme, and there were some take-aways on the supports that are needed to continue the networking activities, both virtual and physical, in an appropriate manner to enable Irish and Brazilian researchers to share information and ideas into the future. For example, another mobility programme like the SFI ISCA programme should be investigated as that programme led to at least two of the EU – Brazil Joint projects under the H2020 programme that had Ireland in the partnerships, namely James Clarke’s EUBrasilCloudFORUM project with Waterford Institute of Technology as a core partner, and FUTEBOL, with Trinity College Dublin as coordinator. In both of these projects, the proposal teams came together and started working at the 1st Brazil-Ireland Research Week in Dublin in 2015, which eventually led to their success and launch in the H2020 Joint EU-Brazil call in 2016. 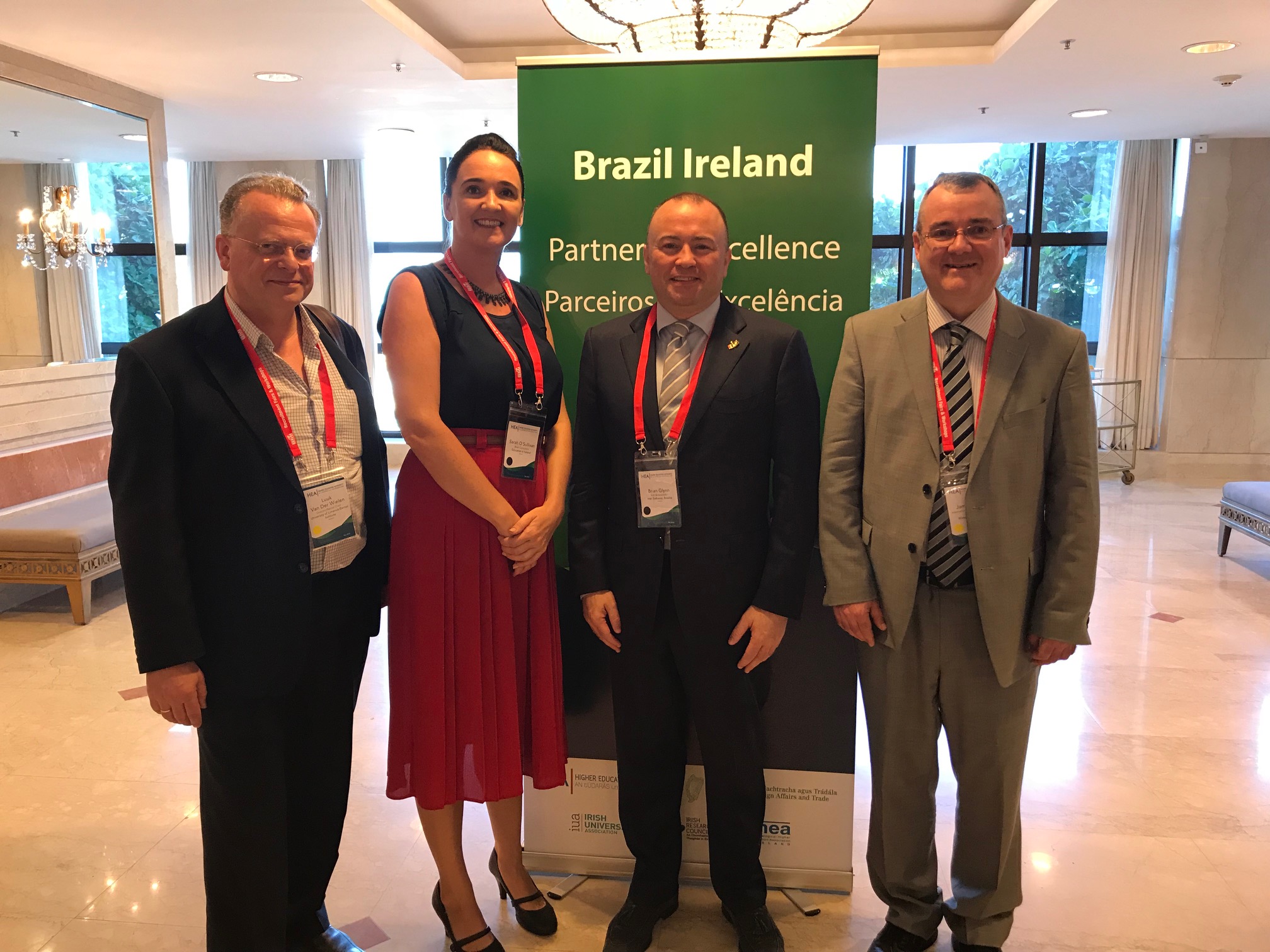 Immediately following this event, Mr. Clarke traveled onwards to Brasília, the federal capital of Brazil and seat of government of the Federal District, to take part in the final review of the H2020 EUBrasilCloudFORUM project, as reported here.