The future is virtual reality for mature student computing graduate

Father of three Bill, graduated from WIT's Entertainment Systems degree and is now working with a local virtual reality company based in Waterford

Originally I was working as a qualified panel beater and got left go. I had left school when I was 16, so it was a daunting experience, coming to college as a mature student.

"Initially I did a Fetac level 5 in sport and recreation and then I thought I’d like to do the Entertainment Systems at WIT, so I applied. I had an interest in game design prior to that and I always wanted to do a science course. One of my friends had done this course so he gave me an insight into it so that sorted it for me.

"Maths at 3rd level was difficult but once I got a grip of it, it wasn’t too bad.

"In August I started working with virtual reality company, Immersive VR Education, based in Waterford. We build platforms such as Oculus Rift and HTC vive. We create an experience, like the Apollo 11. You get to see the people who went to the moon and relive it so we aim to teach people through experience. I have a wife and three kids so I’m always busy!"

Study the Bachelor of Science (Honours) Entertainment Systems at WIT

The BSc (Hons) in Entertainment Systems is a four year honours degree course. It is the study of content generation for digital multimedia systems, its motivations, qualities and technical frameworks and the presentation of computer-based content to mass audiences in a clear and cohesive manner.

In the second year of the course, students are given the option to choose one of two streams, either Audio Technology or Game Development.

Students who enrol in this course can expect to study modules such as; Foundations of Computing, Web Development and The Entertainment Industry. 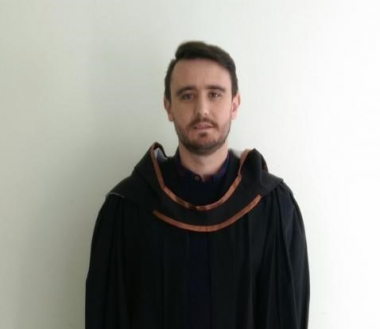