Since its inception over ten years ago the SETU Waterford Youth Choir has built a reputation as one of the foremost Youth Choirs in the country. They have been awarded prizes at regional, national and international music festivals and their alumni have gone on to be members of many leading amateur and professional choirs, including Irish Youth Choir and World Youth Choir. In 2016 they became the first youth choir ever to win the ‘National Choir of the Year’ competition in Navan and they also received a gold award at the International Youth Music Festival in Bratislava, Slovakia. These major achievements were honoured by the Mayor of Waterford with a Civic Reception in City Hall.

The opportunity to perform in Carnegie Hall originated in April 2016 when the choir shared a concert in Christ Church Cathedral, Waterford with a High School choir from New Jersey, the Morris Knolls Chorale. Their performance was so well-received that soon after the SETU Waterford Youth Choir was extended an invitation to New York in January 2017 for a series of concerts culminating with a performance in the world-famous Carnegie Hall. 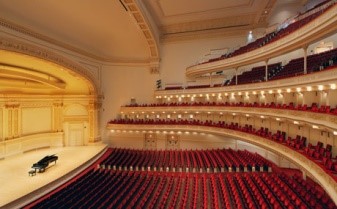 Carnegie Hall is considered one of the most prestigious music venues in the world. The main hall, the Issac Stern Auditorium, seats nearly 3,000 patrons and has played host to the most accomplished musicians in the fields of classical, jazz, folk and pop for over 100 years.

Since the venue opened in 1891 it has had innumerable highlights. These include everything from symphony premieres by Dvorak and Mahler to concerts by the biggest stars of the twentieth century including Maria Callas, Leonard Bernstein, George Gershwin, Benny Goodman and even The Beatles.

The concert which the SETU Waterford Youth Choir have been invited to perform at is entitled ‘Of War, Peace & the Power of Music’ and takes place in the main auditorium. It will feature choirs from both second and third level institutes throughout the USA, culminating in a combined performance accompanied by the Carnegie Hall organ.

The repertoire for the concert will represent Ireland’s heritage and culture and features the best of both traditional and contemporary Irish choral music. 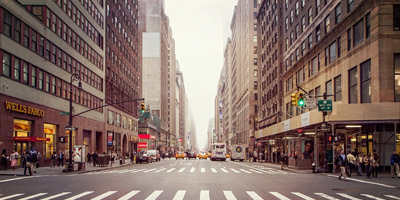 The trip is a once in a lifetime opportunity for our singers and we want to ensure that financially it is within the reach of our members. If you would like to donate to make the trip a reality for the group please click on the link below. 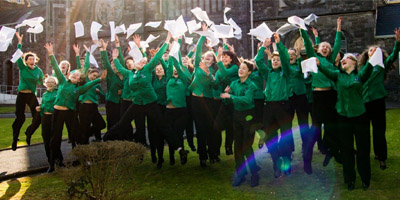 Founded in 2004 the SETU Waterford Youth Choir is the senior group of the college’s Choral Programme and is considered one of the top youth choirs in the country. Made up of talented young singers from secondary schools throughout the South-East, highlights so far have included performances at festivals in Belgium, Czech Republic, Poland and most recently Slovakia.

The choir has won prizes at Dublin’s Feis Ceoil and has the accolade of winning the National Competition for Youth Choirs at the Cork International Choral Festival on each of their last five visits. Last year the choir they were awarded a Gold Award at the International Youth Music festival in Bratislava and were the first ever youth choir to win ‘National Choir of the Year’ at the Navan Choral Festival. In recognition of their success, and their ambassadorial role for arts in Waterford, the choir were honoured by a Mayoral reception in July 2016.

There are currently 48 members in the choir, ranging in age from 14-18. The secondary schools they represent are: