The Honours list was introduced by the Department of Health, Sport and Exercise Sciences in 2015 to acknowledge and reward high level academic achievement by students in all degree years.Honours list decisions are made annually at the Summer exam boards and are awarded as follows: 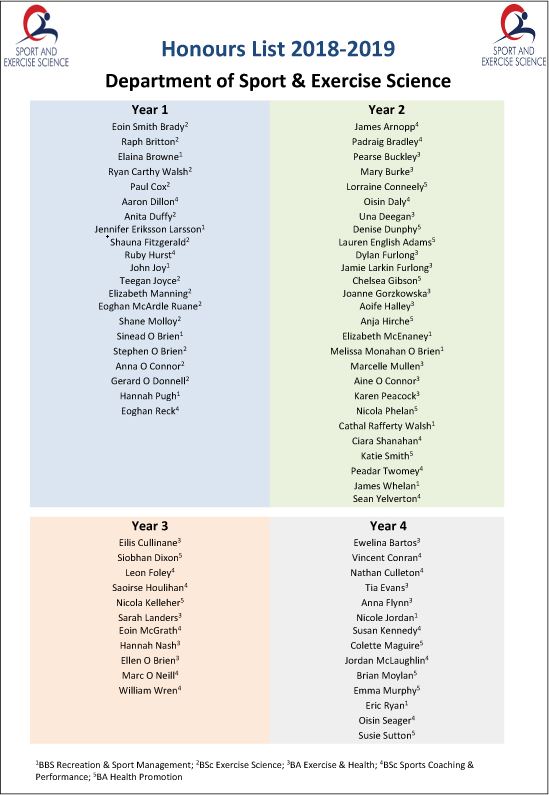